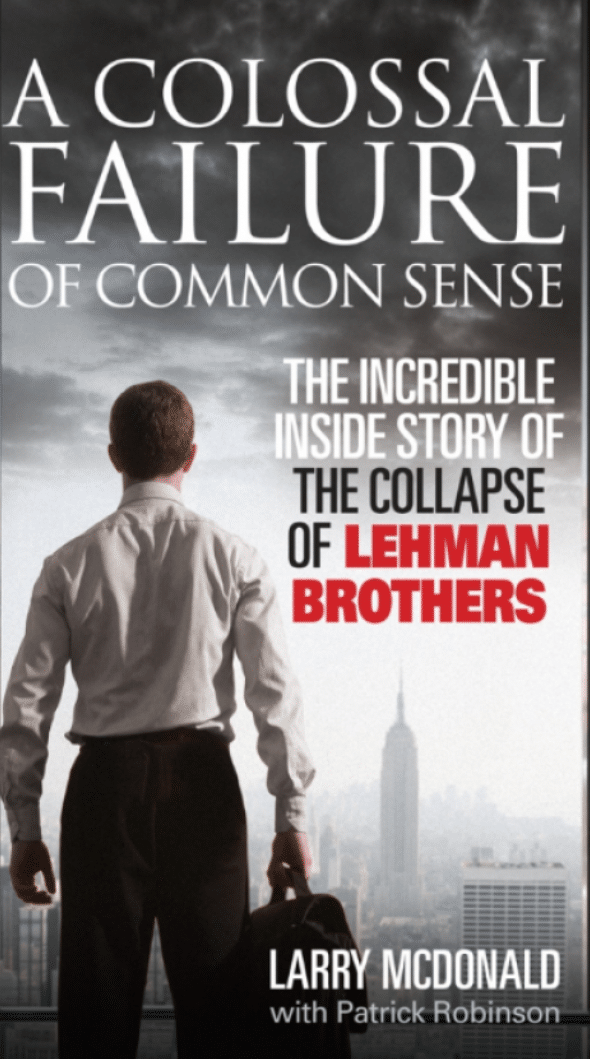 Passive investment vehicles continue to change the stock markets. But that doesn’t mean that decisions no longer have to be made—on the opposite. As soon as you decide to invest the part of the money that you want to invest in stocks not only in ETFs on the MCSI world index, investment-relevant questions arise: how many stocks from which country, which industries or sectors and—particularly important—what does the disposition on the currency side look like?

All these questions can be ignored but their answer can’t really be avoided—and discussing costs doesn’t really help either. And by the way, the same questions naturally arise for bonds and real estate besides the weighting of the different asset classes compared to each other, which will forever be the key question.

Larry McDonald is an American bond trader who witnessed the fall of Lehman Brothers in 2008 close up. His bestseller was translated into 12 languages and is a handbook for risk managers. It explains why it’s not possible to manage risks adequately when political developments are not included in the risk analysis.

In his analyses, Larry focuses on the so-called Bear Traps. These are situations, when market participants are in complete panic and which present—under certain conditions—particularly attractive buying opportunities.

Contrary to popular belief Larry isn’t an expert on shorts but rather the opposite: when everyone is starting to be short, he considers buying.

This is where artificial intelligence comes into play. Lehman used a model of seven indicators to evaluate whether or not investors have capitulated in a particular market. Larry has expanded this “capitulation model” to 21 indicators to constantly analyze markets.

Key for the analysis is, however, that he goes beyond looking at his indicators. Whenever a market capitulates, the question arises whether this will result in a reaction from the political arena, what it could be, and what the implications are for the further development. At this point, political research comes into play.

Last week for example, he was in London with several hedge fund clients where he had conversations with different political players. With his excellent network he has direct access to key players such as former Governor of the Bank of England Mervyn King on the one hand and Brexit inventor Farage on the other hand. In principle, he doesn’t operate any differently than a fund manager with a keen interest in a company. Visit, talk, look, and smell the gun smoke—in short, everything that helps evaluate how the decision makers really think, what they want, and may do or not do.

Precisely for this purpose, Larry has built the team of “The Bear Traps Report,” with which he has been supporting investors and entrepreneurs worldwide with analyses since 2010.

And this week, Larry was visiting with asset managers and fund managers in Geneva and Zurich, Switzerland, to report what you may not yet know:

We’ll wait and see what happens. In any case we’ll stay in contact with Larry McDonald and assist him in expanding his activities to the German-speaking region. In line with last year’s realignment, we will focus on Switzerland but are certainly available to discuss with interested parties from other countries as well.