Vampire and greed—stock market in the clutches of the FANG stocks—but now it is the fundamentals that count! 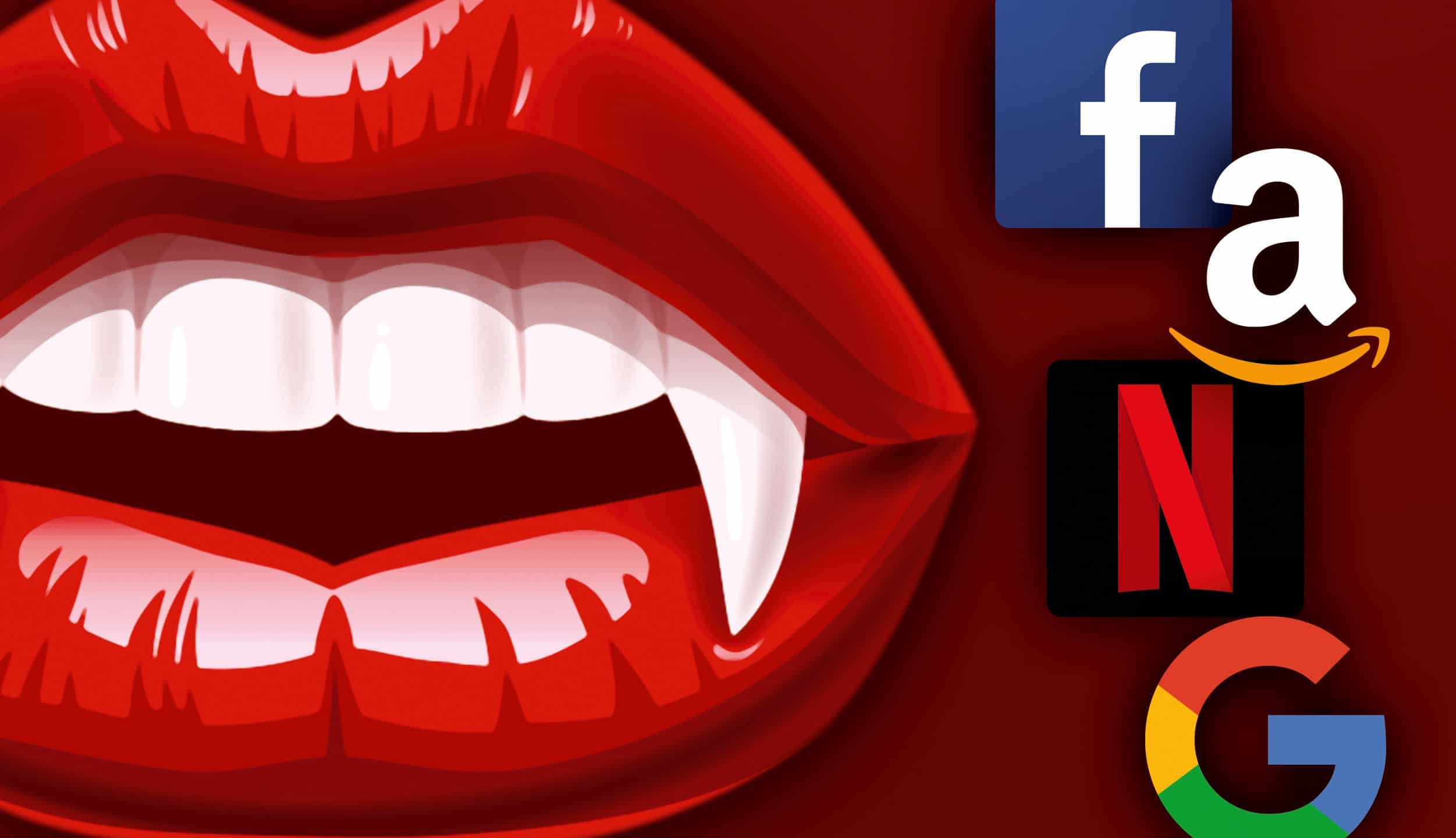 The English term for vampire teeth is also the acronym of the U.S. stocks that were most popular in the first half of 2018 F(acebook)A(mazon)N(etflix)G(oogle).

The price development in the first half year was phenomenal. 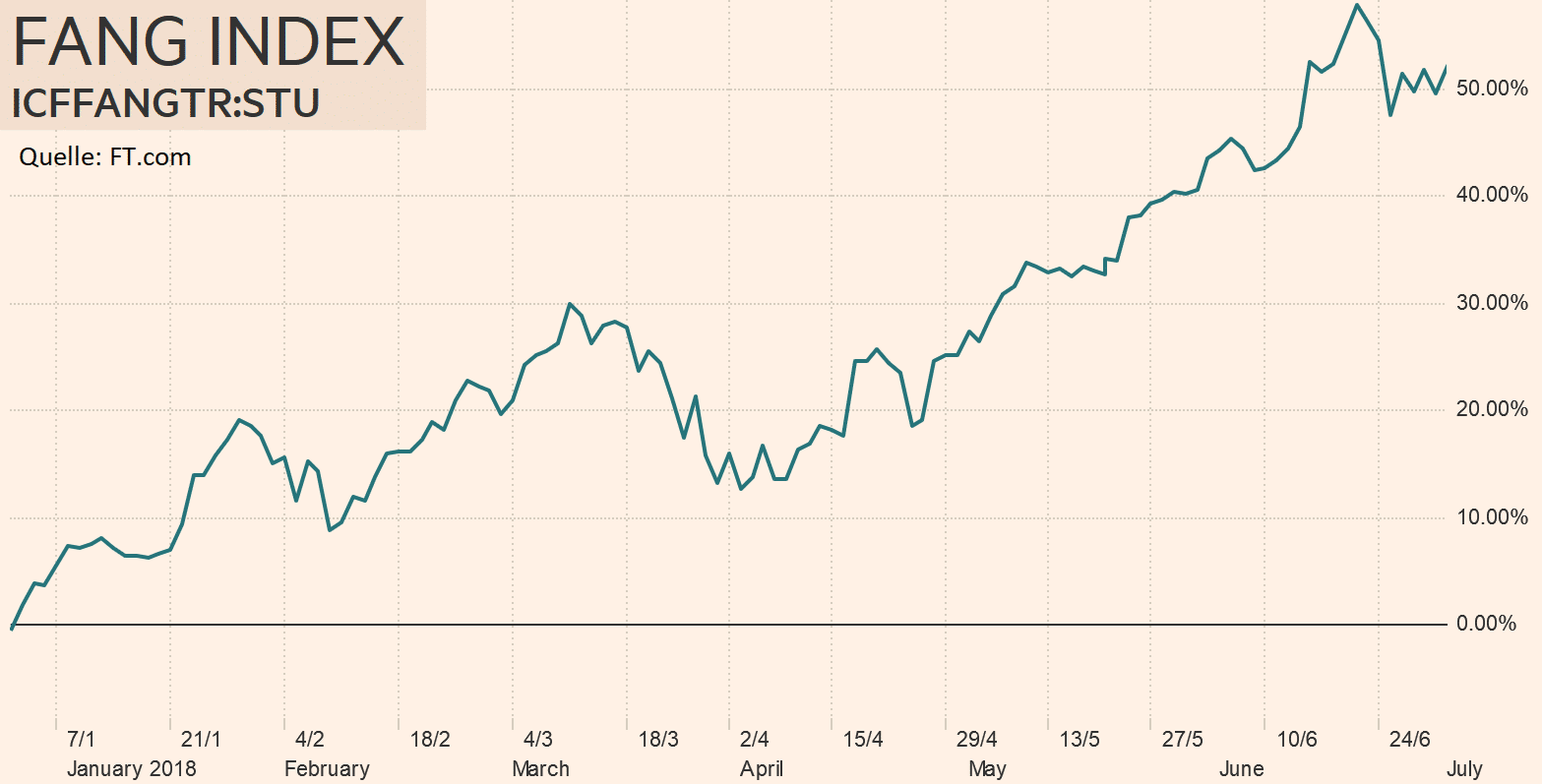 A rise in prices of over 50% in six months—that doesn’t happen every day. FANG stocks making for more than 95% of the total price gain of the S&P 500 index is one of the anomalies of the first half of 2018.

Reporting season has started, and suddenly real facts come to the foreground while political noise is moving to the background. As part of the real facts, trees don‘t grow to the sky at Facebook. As anticipated by its management, the regulation of the social media platform seems to have much more dampening effects on future business than investors anticipated.

The near future doesn’t look any brighter considering that, for example, the British parliament is demanding that the cost of the regulation be billed to the social media providers. The members of parliament cite the financial industry as an example. That is certainly not the fabric that the dreams of social media investors are made of. Tough times ahead.

The correction of the first week of the summer reporting season is not limited to Facebook alone. The FANG stock Netflix and the also very popular stocks from Twitter and Intel were hit with the investors‘ hard feelings as prices had rushed ahead of the fundamental data way too far.

The intense focus of investors on FANG catapulted these stocks up and most others to the sidelines.  An interesting question is whether the stock exchanges manage to pass the baton of the continued price surge to other sectors or whether the FANG correction directly leads to a stock market crash.

At the moment it looks like a change in favorites. 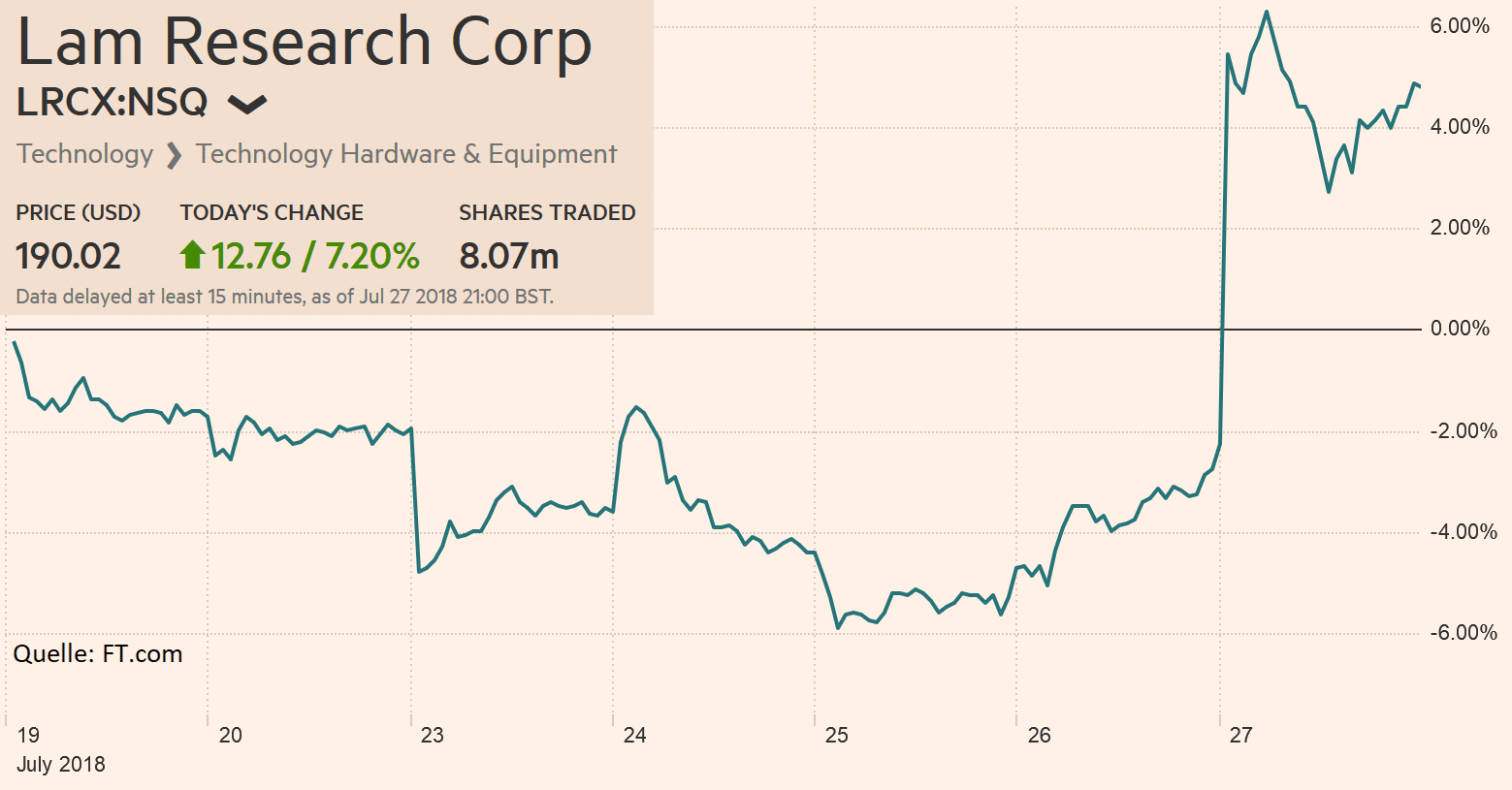 Tech stocks in the area of value tech seem to take the baton.  The Lam Research stock in our portfolio was an early indicator of the further development of the stock market already after Brexit—and it looks like it will repeat itself.

Last Week, Lam Research reported about the last quarter and exceeded the expectations of the market. It was announced that the company‘s management forecasts a short-term low in the investment cycle that has continued for years in the third quarter of 2018. Subsequently, another increase in sales is expected. Bright prospects considering the low valuation. The same is true for our stocks Applied Materials and Teradyne.

However, new vital signs came not only from the area of tech. Numerous of our stocks from the topic areas materials (e.g., Teck) &  energy (e.g., Tullow Oil) as well as consumption (e.g., Elis) surprised us with their results and subsequent price increases of 5 to 12%.

Let‘s hope that these surprising results continue in the ongoing reporting season. This could lay the foundation for a positive stock market development in the second half of the year.

We do not believe any longer that Trump is going to get in the way big style—the midterm elections in early November are casting their shadows before distinctly. Juncker has already been able to leverage this for Europe, and EZB (European Central Bank) Super Mario did not get in the way of a positive stock market development the next day. For these reasons, in addition to the positive start of the reporting season, we have given up the previous waiting position of the fund in favor of an expansion of our stock positions without hedging.  There is nothing in the way of our complete participation in a positive stock market development in the next months. It is clear that there will be setbacks on the way, but on balance we now expect rising stock prices until the end of the year. The very widespread skepticism of many investors will contribute to this, and it is very well possible that it will come to a rally, fueled by the fear of currently still skeptical investors who will then be afraid that they are not invested enough.

Mellinckrodt » Updates » Vampire and greed—stock market in the clutches of the FANG stocks—but now it is the fundamentals that count!