Have you thought about what a “force majeure” could mean for a corporation like Siemens in light of the imminent U.S. sanctions against Iran? 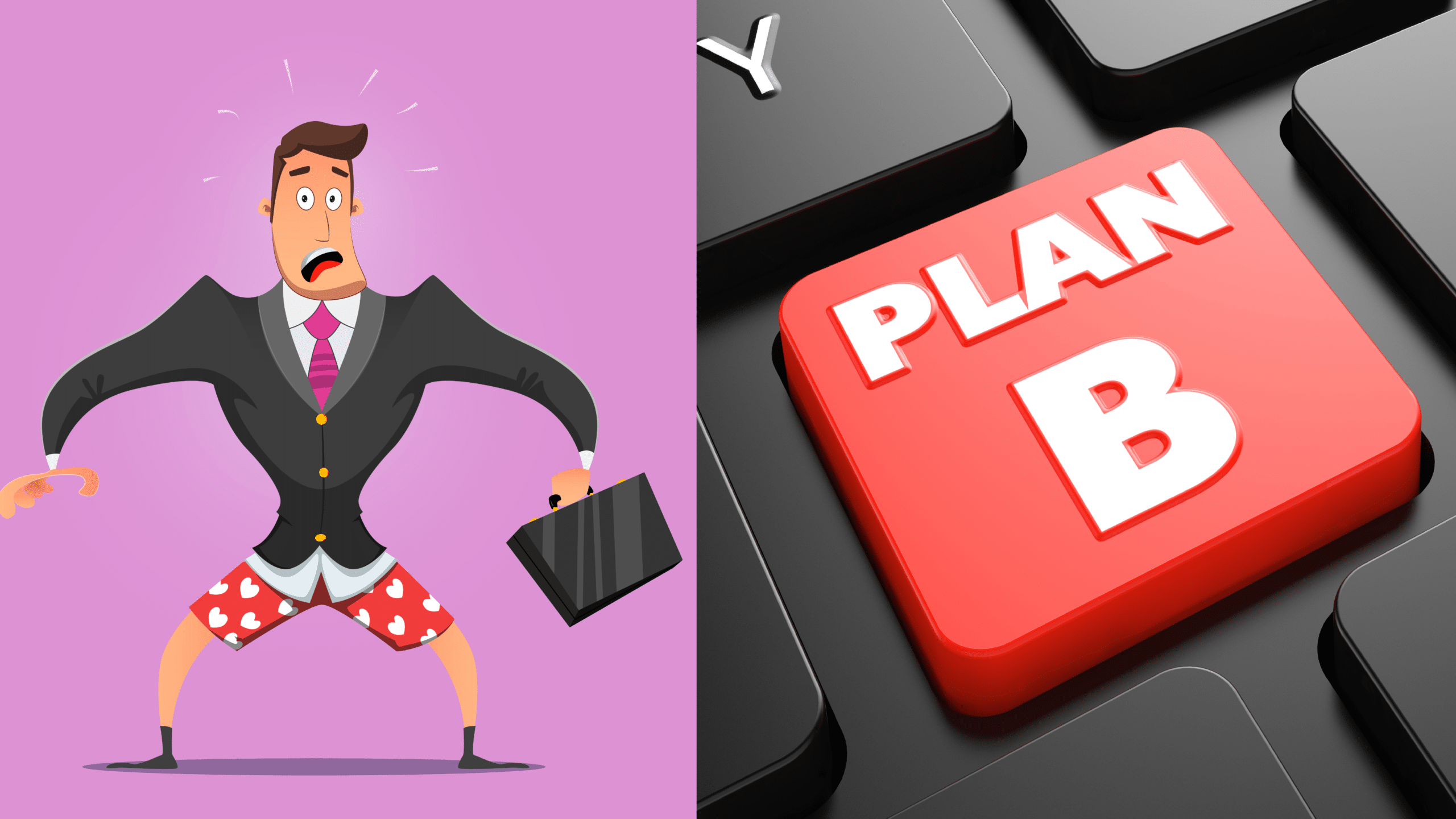 Clauses in supply contracts that allow a supplier to withdraw from the contract when unexpected events (natural disasters, war, strike, sanctions) occur are called “force majeure,” meaning “superior force.” This is common especially in the commodity business. For example, BASF exercised its right of “force majeure” for a number of products after the fire in the port of Ludwigshafen in 2015, as it had become objectively impossible to deliver them after the unexpected fire. By exercising “force majeure,” the supplier acquits himself of his duty to deliver. The other party needs a plan B and can no longer simply pass on the damage from the defaulting supplier.

I. Trump withdraws from Iran deal

Donald Trump has withdrawn the U.S. from the Iran deal earlier this week. In the political chatter one aspect has been completely lost: the topic of the harsh economic sanctions that he announced. This could have far-reaching consequences especially for corporations in the mechanical engineering and construction business.

In the public perception, The Donald is a real estate developer. In reality he is a TV producer. He has handed off his real estate business but not his role as “spiritual leader” of the TV show “The Apprentice.” Just so you accurately classify what this means for the psychogram of the U.S. president: he has won over Arnold Schwarzenegger as his successor, who played this role for a while. He then quit after Trump became president because the Californian-by-choice is closer to the Democrats than to Trump despite the fact that he is a member of the Republican party.

Trump did his first test run on economic sanctions with Syria. Everyone was talking about the bombing, and we almost got the impression that the Russians and the Americans had coordinated with each other and exchanged the pictures of the destroyed objects beforehand.

Much stricter were the economcic sanctions against Russia, Putin, and the oligarchs. For the first time, businesses run by oligarchs were affected. The most prominent case was the second largest aluminum company worldwide, Rusal, with 150,000 employees and the Swiss industry icon Sulzer.

The day after the sanctions were made public, Ivan Glasenberg, CEO of Glencore, resigned from the board of directors at Rusal. In addition, Glencore as largest aluminum trader exercised “force majeure” in its business relations with Rusal. The next day, Rusal received emergency loans from the Russian government. Without them, the company would have likely gone bankrupt immediately. Other commodity companies followed in exercising force majeure. The price for aluminum initially went through the roof.

Under the pressure of the sanctions, Oleg Deripaska, the Russian majority shareholder of Rusal said—as Putin’s quasi press secretary—that he (i.e., Russia) is willing to give up control over Rusal. In the case of Sulzer, which was also controlled by a Russian oligarch, the Swiss economic minister negotiated with the U.S. for three days to get Sulzer out of the sanction squeeze.

Um sanctions. So what. So there will be loan guarantees by the European Union for the affected companies. Think again: Ten years in prison is the prospect the U.S. are giving for violating sanctions. Just ask Volkswagen employees how that works. Former CEO Winterkorn knows very well by now.

Germany is Iran’s most important trade partner in Europe. Siemens completely acquired the big U.S. oil supplier Dresser Rand—unfortunately at a bad time with oil prices significantly over $100. That is why they have probably not made a profit from the increase in the price of oil and have been hoping for a big oil deal with Iran when the agreement is in effect.

Now imagine what scenario Lary Kudlow, Trump’s new economic advisor (CNBC television personality), might present to his European colleagues in a conversation in the background together with Wilbur Ross, the negotiation expert and billionaire (with the comment, of course, that he’s totally against Siemens’ unfair treatment):

Kudlow:
Unfortunately the sanctions apply to Siemens. There’s nothing I can do.
Ok, we (that is, you) could negotiate for them to be lifted if …
… Well, what might work is a sale of the Siemens’ shares in the U.S. company Dresser Rand. But these guys are affected by the sanctions, too, because they are controlled by Siemens. Of course that’s not acceptable for the president [sic]. Too many American jobs are at stake.

Change of scene, trading floor in New York:
Hey Bob, you heard that Goldman has its consortium for Dresser together? It just took them five minutes.

END OF SCRIPT of the new show “Sanctions Unlimited”

Sounds funny. But it’s not. Especially when German politics doesn’t know to negotiate properly. Considering the chancellor’s flops in Minsk, we can’t expect too much. Olaf Schulz would probably need to rent a second residence in Washington D.C. until he gets results. But maybe he could pull it off and avert the biggest damage for Germany and Europe. At least the entrepreneur and union department of the SPD was able to negotiate with players the caliber of Trump as equals in the past. The most successful one (Schröder), however, has “defected” to the Russians—on the trail of Clausewitz.

Tip: Listen closely one more time to what Trump has said. So far, he has tried to keep all campaign promises—at least on paper. And don’t forget—the whole thing is about much more than just a few silly sanctions. It’s about the entire Middle East at a time when Israel clearly told Iran that Iran’s establishment in Syria is not being tolerated—toppling Assad included if necessary. And Israel knows it’s on its own. That is dynamite, and Saudi Arabia wants a nuclear bomb. Remember—Saudi Arabia, Israel’s new friend!

Israel has linked the whole thing to the term “red line.” Because Obama was talking about red lines in Syria, too, but went down in the history of Arab countries as wimp and, as a result, set a key cause for the escalation of violence in Syria with all its horrific consequences. Thus, the case “Syria and Obama” is one of the most prominent entries on the list of severe mistakes in foreign policy of U.S. presidents after the Second World War. Of course, no one wants to believe this in Europe as Obama is the darling of the feuilleton. Giving back the Nobel Prize that he received for no good reason would be the least he could do as far as “my bad.”

And besides, one can certainly agree with former FBI Director Comey when he says that Trump is acting like a mob boss. But then it should also be taken into consideration that there are probably few who are said to have a better instinct for shady deals than the mob.

It is probably undisputed that Trump is twisting facts in an almost unmatched manner to appear in a good light. But the agreement certainly is strange. On the one hand it is supposed to prevent Iran from building a nuclear bomb. On the other hand it is allowed to keep preparing all elements necessary to become a nuclear power over the years (nuclear power plants, medium-range missiles). That this can prevent the bomb for the mullahs is probably a fairytale from the political kitchen in Brussels. And please don’t think about the “successful negotiations” of the European Union in regards to Krim and the Eastern Ukraine—then you can’t enjoy the rest of the month and that would be regrettable, now that the summer is coming.

Mellinckrodt » Updates » Have you thought about what a “force majeure” could mean for a corporation like Siemens in light of the imminent U.S. sanctions against Iran?