What does Zurich’s Bahnhofstrasse have to do with your liquidity? 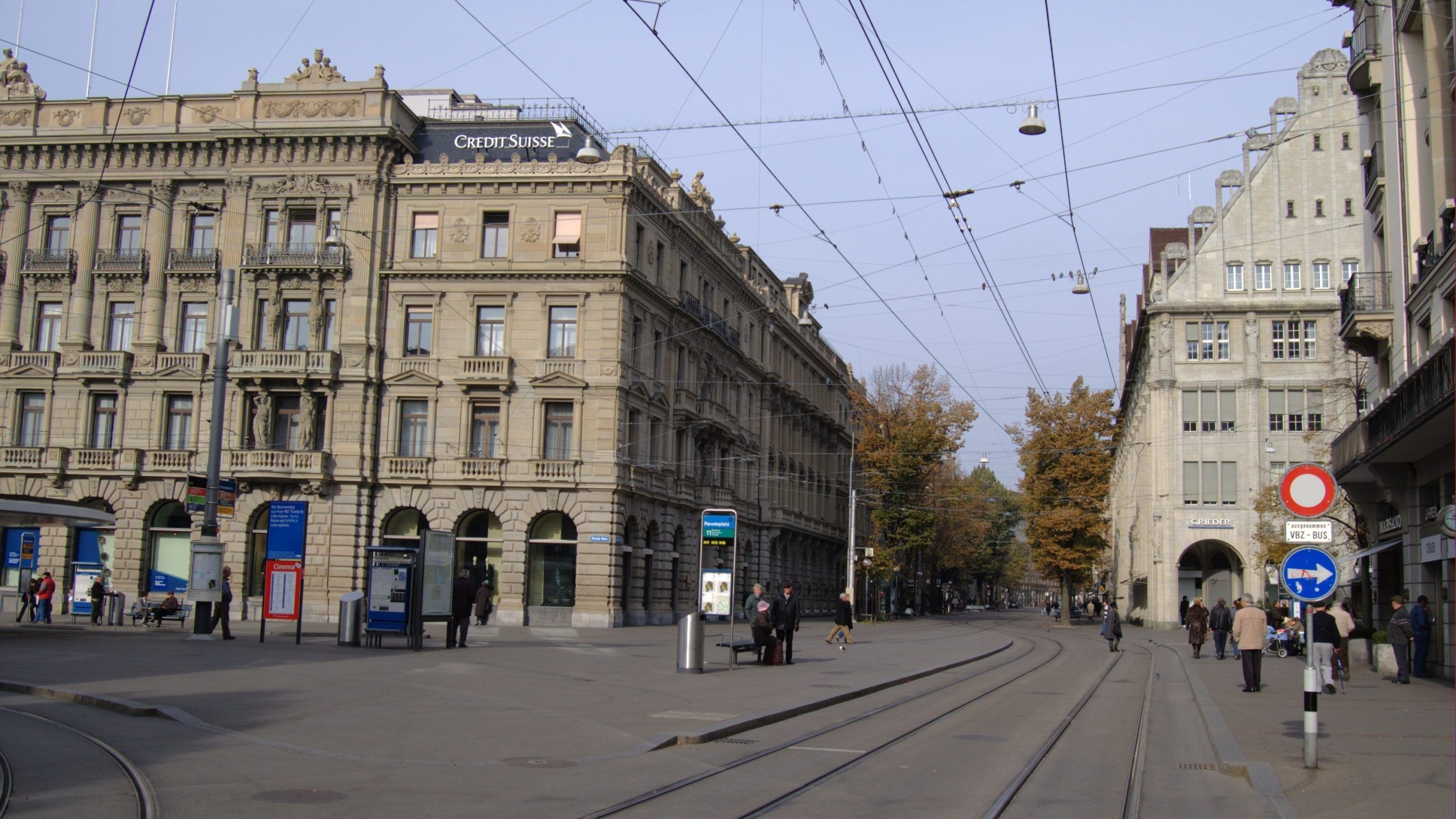 Among the world’s shopping streets, Bahnhofstraße in Zurich, Switzerland, stands out with the highest rents for shops in Europe. CHF 15,000 (approx. €13,000 or $15,000) per square meter (approx. 10.8 square feet) annually are normal. It is clear what stores you’ll find there if rent for retail space of 100 square meters (just over 1,000 square feet) comes out to CHF 1.5 million (roughly €1.3 million or $1.5 million) per year. Retailers report, by the way, that sales in this street are enormously high.

So are prices for homes. In the year 2014, Swatch Group paid CHF 400 million (approx. €347 million or $409 million) for Grieder-Haus shown in the picture on the top right, which was categorized as “conspicuous” by the NZZ [Neue Zürcher Zeitung–a leading daily newspaper in Switzerland]. With an area of 7,435 square meters (approx. 80,000 square feet), this amounts to a whopping CHF 53,800 (roughly €47,000 or $55,000) per square meter. If you argue now that this is a low factor considering the high rents then this is not true, of course, as the lofts in the back of the building are not rented out for the same amount as the expensive store front spaces. I don’t know if the factor was fortyfold or fiftyfold, but it was high even back then, only three years ago.

Interesting, too, is the case of department store Manor, also located in Bahnhofstraße. The tenant has been conducting a lawsuit against the owner–a pension fund associated with Credit Suisse–due to a rent increase to CHF 19 million (approx. €16.5 million or $19.5 million) per year. Manor is basing its lawsuit practically on protection of species–and was actually a bit successful. But in 2019 the party will be over, and the landlord can charge rent again as he pleases. Switzerland has always been and always will be a country of owners.

Of course, liquidity, in this context, doesn’t refer to the contents of a beer glass or the heavy part of your funds–the coins in your wallet.

On the financial markets, liquidity or cash, for one, is a unit of measure for the value of assets and also the platform through which investors can switch from one asset to another.

I can certainly see how you may not associate Bahnhofstraße with your wallet but rather with your credit card statements. But it’s not about that either. 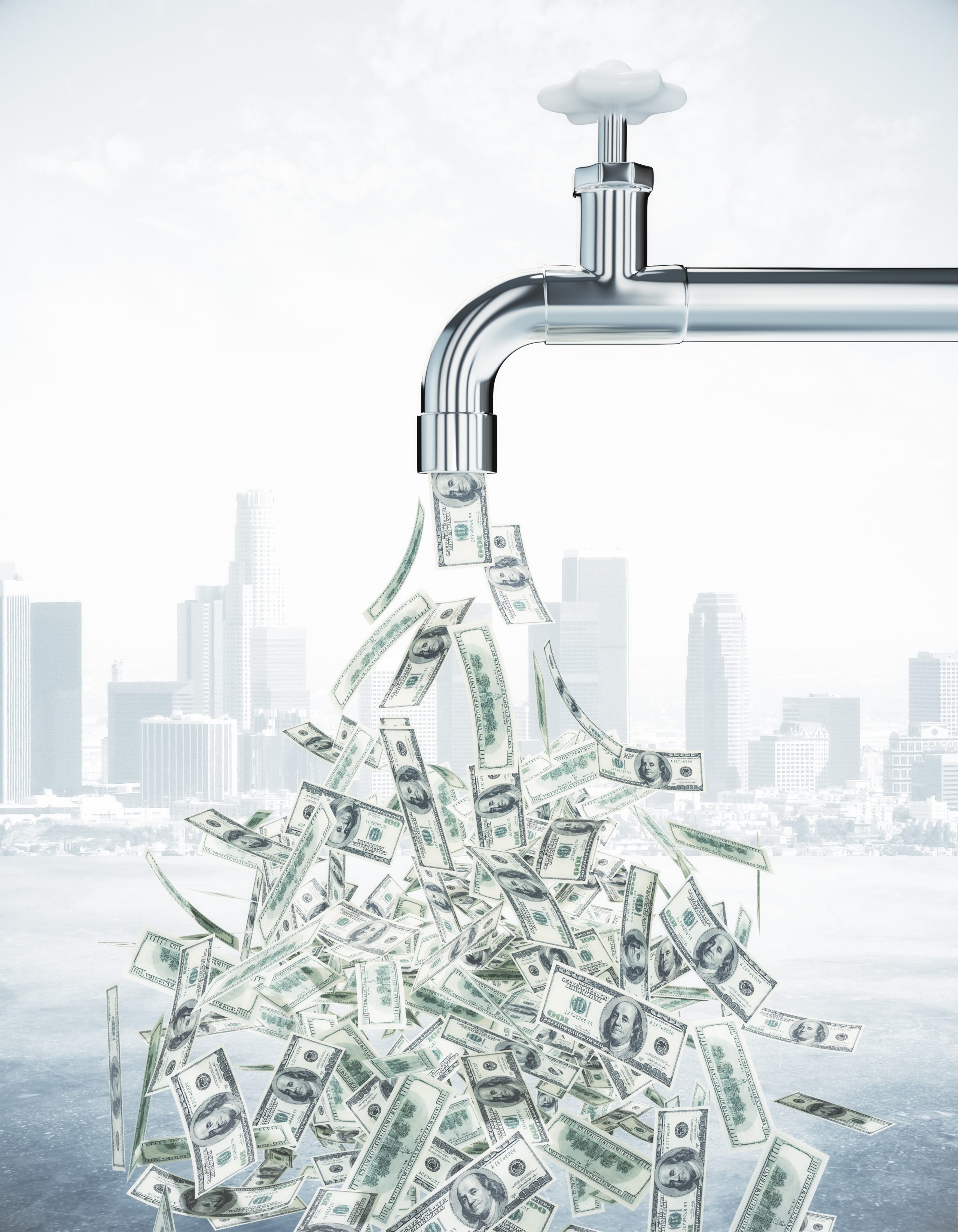 The liquidity on the financial market is the money deposited in bank accounts. And for starters, we want to point out that liquidity–especially for institutional investors (pension funds and insurance agencies, among others)–continues to boom. With so much talk about interest rate hike and other measures, the fact that the faucets on the money bathtubs of the central banks still haven’t been turned off goes almost unnoticed.

In other words–the pressure for investments stays high.

You may have owned shares in a so called “open real estate fund.” They were rated as investment grade securities, and numerous banks pointed this out on banners in front of their branches.

The fact that open investment funds could be closed was beyond the judges. But the last financial crisis led to exactly that. And that had the disadvantage that these fund shares couldn’t be liquidated. The investors maintained their depot positions, but there was no deposit money. Consequently, the fund shares weren’t suitable for paying bills. Later on, many funds were reopened, and one or the other investor was lucky as the discounts for some funds were low.

However, people oftentimes forget the so-called opportunity costs of lacking realizable value. In this case it’s the lost profit that arose for holders of unsellable real estate funds because a change to other capital investments wasn’t possible for a long time. It will certainly not surprise you that the time of the fund closures coincided with the timeframes that today can only be characterized as “buying time.”

You can buy only with available liquidity, and market prices for assets are always especially low when this exact liquidity is scarce.

To you as stock investor, real estate funds don’t matter. But there are also stocks with a difficult realizable value including the currently heavily advertised small caps. These are stocks from companies with a company value that is low in total–also called market capitalization. Companies of this kind have been showing higher returns than bigger companies. Numerous scientific studies have examined this phenomenon and, in many cases, arrive at the conclusion that higher returns, in large part, are nothing else than a bonus for a realizable value that is lower in comparison to the larger capitalized stocks or for a realizable value that is more difficult to achieve.
What makes the matter difficult is that no one knows when periods of illiquidity at the stock markets occur. This forecast is just as difficult as predicting a market crash. Hard-to-predict twins indeed.

The course follows typical patterns. Initially more want to sell than there are buyers, which is why prices fall. Subsequently, many asset owners lose their loan approval as the assets held as security are worth less. When no additional capital can be supplied as security, investors resort to selling. At a bad time, just because liquidity is needed immediately to meet payment obligations. In those times it has a special sound. The sentence “cash is king.”

As a simple example, in the summer I was able to observe brief turbulences on the market due to Korean missiles flying over Japan. The market dropped up to two percent during the day. Individual small caps up to eight percent.
The decline in prices of two percent can be hedged, for example through options or futures, to very liquid indeces. However, this is not true for the other six percent price decline that had to be attributed to the illiquidity (returns were extremely low).

Why?
Imagine you simply hedge an illiquid position to an index twofold with futures. The problem with this is that the effect goes in both directions. When stocks rise, losses from the hedging rise twofold as well. And the risk can increase even more when the small caps stock doesn’t immediately or not at all follow the rise of the indeces. The more careful investors become with small caps, the stronger are these effects. In summary–all of this doesn’t go with the reduction in volatility that we aspire to and, as a result, is counterproductive.

We do like small caps–but not in all market phases. As a European all caps fund we can adjust the portfolio. Our investors don’t have to switch from a small-cap to a large-cap fund.

V. What does all this have to do with Bahnhofstraße?

The real estate markets are significantly bigger in terms of volume than the stock exchange market. The same is true for bond markets. The classification of the Grieder-Haus still caused astonishment in 2004. Since then, real estate investors across Europe have gotten used to such prices for top locations.

In addition, we see that especially for real estate buyers who have started years ago to build up and expand real estate portfolios it has become harder and harder to add more properties. To put it in simple words: if you’ve bought two or three houses in one street that have since appreciated in value it is difficult to acquire more property at the now higher price point. The portfolio weight of the real estate has already gone up due to the significant price increase; further acquisitions deteriorate the average cost price, and diversification aspects always gain significance when good money has already been made.

Another popular way of diversification is crossing national borders and combining different currency zones. Real estate by far doesn’t lend itself for this as well as stocks do. It’s much easier to buy stocks from Toyota than real estate in Tokyo. And–stocks from publicly traded companies in general are much more liquid than real estate.

What selection do you think real estate investors make that follow the motto location, location, location and have become rich that way? We anticipate that business models whose stability keeps up with prime locations such as that of Bahnhofstraße will be the first choice when additional funds are injected into the stock market.

Good thing that such companies can be found in Switzerland, Germany, and also in France or Great Britain. We don’t, by the way, prefer the very, very highly capitalized mega caps–Nestlé, Roche & Co., or FANG (Facebook, Amazon, Netflix, Google). We find the large caps below the mega caps more exciting. Naturally, with the large caps, too, the business models have to go with our macro theses.

And when the stocks fall?

Even then it’s better to hold on to large caps. These can be sold easier or, alternatively, be better hedged through futures than small caps when the stock quota in the portfolio needs to be lowered.

In simple terms:
Large cap is currently a win-win in our opinion
– and better than too much cash!

Additional acquisitions in the topics “consumption” as well as “materials & energy” have been at the foreground. Another focus is on organizations that offer the possibility to profit from the–in our opinion very positive–development in Asia.

We have made another important change to the portfolio after the Bundestags election [election of representatives to the Lower House of the German Parliament]. Over the summer we weighted the euro very heavily. Not only numerous stocks from the euro zone but also currency hedging for stocks from outside the euro zone contributed to this. Due to the in our opinion very complicated forming of the government in Berlin we have currently positioned ourselves more carefully with the euro.

In the medium term we definitely expect that the euro will continue to rise. However, political stability is an important ingredient for this. As of today, it isn’t clear yet, when this will be sufficiently the case in Berlin, too.

Mellinckrodt » Updates » What does Zurich’s Bahnhofstrasse have to do with your liquidity?