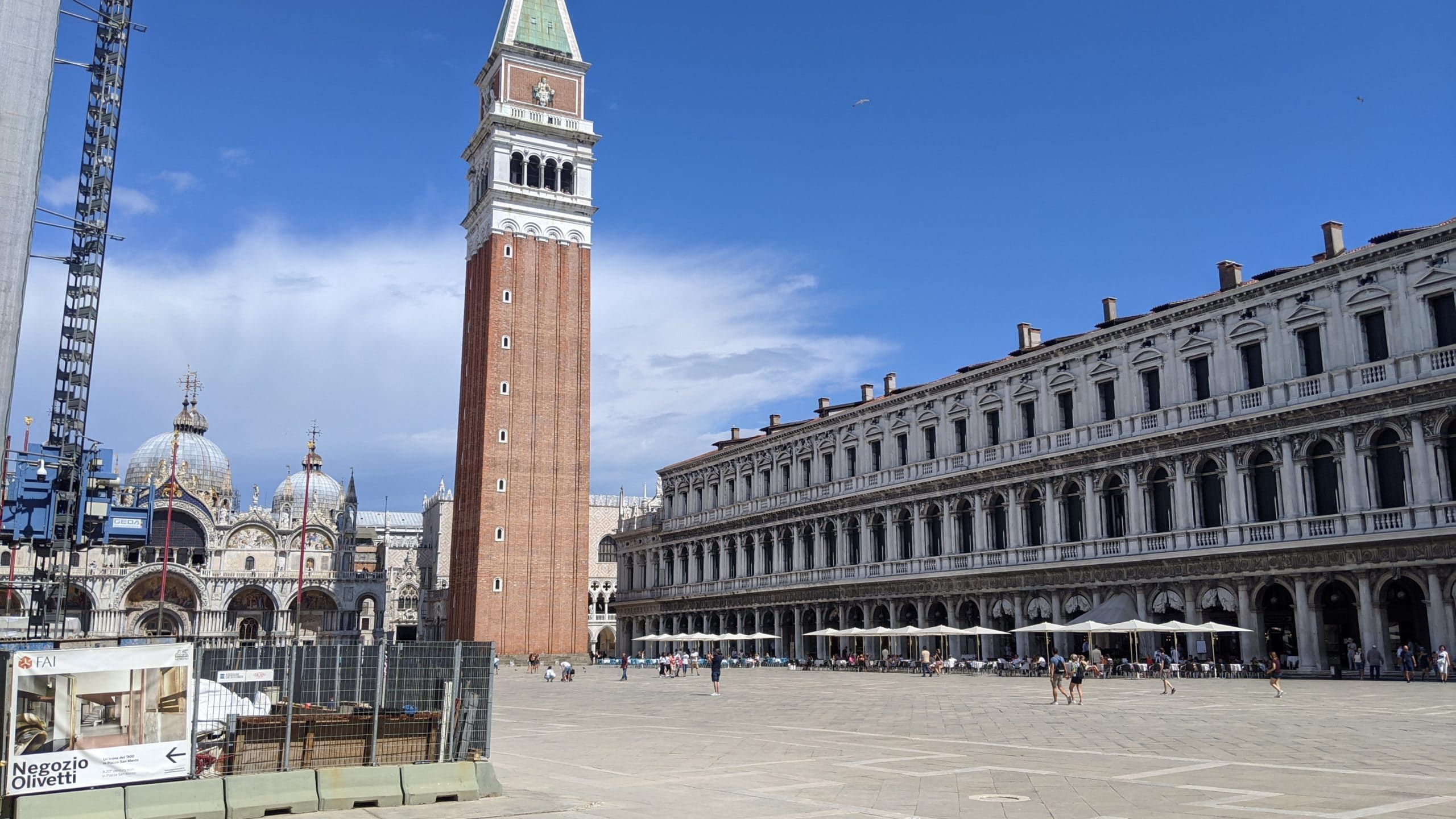 The coronavirus crisis has impacted many areas of life but only few as dramatically as the global travel and tourism industry. What used to be top destinations of city tourism have been especially hard hit.

The cities in Europe most overrun by tourists before corona according to Forbes Magazine were Venice, Dubrovnik, Barcelona, and Prague. With only 50,000 residents and 25 million visitors per year, Venice is by far the leader in overtourism in Europe. For this very reason, I didn’t find Venice to be an attractive destination for a long time. And how is the situation now—after or during the corona pandemic?

My trip to Venice last week was interesting in several aspects. Just like in a burning lens it was visible and even more palpable how profoundly the coronavirus crisis has affected this city.

Tourists from the U.S. are by far the most important and lucrative target group for the big hotels in Venice. However, flights to Europe are still heavily restricted. As a result, some hotels are only partially open (San Clemente Kempinski with 25% of its rooms) or have announced in the past days that they will reclose shortly (St. Regis, Marriott’s flagship hotel). It’s not really a fair and square game. While Italian destinations are still advertised in England, Italian press releases are—again—announcing Italy’s closure (St. Regis). This press release talks about one year while employees were informed about a closure for 27 months. Hotel groups are likely not so sure about how things will ultimately turn out. Who knows how long this crisis will last. And the pressure from the areas of financing, compensation, and the risk of delayed bankruptcy filings are palpable.

It’s clear that the situation in Venice is the perfect storm for hotel and vacation rental owners. When a rental is booked only at 25 to 40% of its capacity, the operators won’t be able to meet the business plan by a long shot. As a result, many owners and (closed) funds won’t come to an agreement about the valuation rate with auditors and banks at the end of the year. And with Venice being one of the key Airbnb locations worldwide, not only hotels but also condo and apartment rentals will be affected. Without these lucrative short-term rentals, many apartments and condos with hefty financing will drown in the floods.

During the insurance crash in 2002 (which the public was barely aware of), the German legislature felt compelled to invent the new balance sheet item  “hidden burden” (see link Frankfurter Allgemeine Zeitung) to avert the bankruptcy of the entire sector.  As a result, write-offs of €20 billion that had become necessary immediately—an amount that seems ridiculously low by today’s standards—were prevented. Similar measures will likely be inevitable with the coronavirus crisis—just the volumes will be much higher.

Even during this crisis, Venice won’t sink. This much is clear. But many of those for whom business was good before the corona crisis will realize that they won’t survive the winter and, as a result, won’t live to see the next spring from a financial standpoint.

even if it’s a platitude that coffee at St. Mark’s Square is overpriced and rarely ever tastes good. That has always been the case and will likely never change.

In Venice too the corona crisis has not only losers but also winners. While seats in top-class slow food restaurants are still available for the moment, they are booked up in the end. Quality simply sells well, even and especially in a crisis.