Outlook with a mask 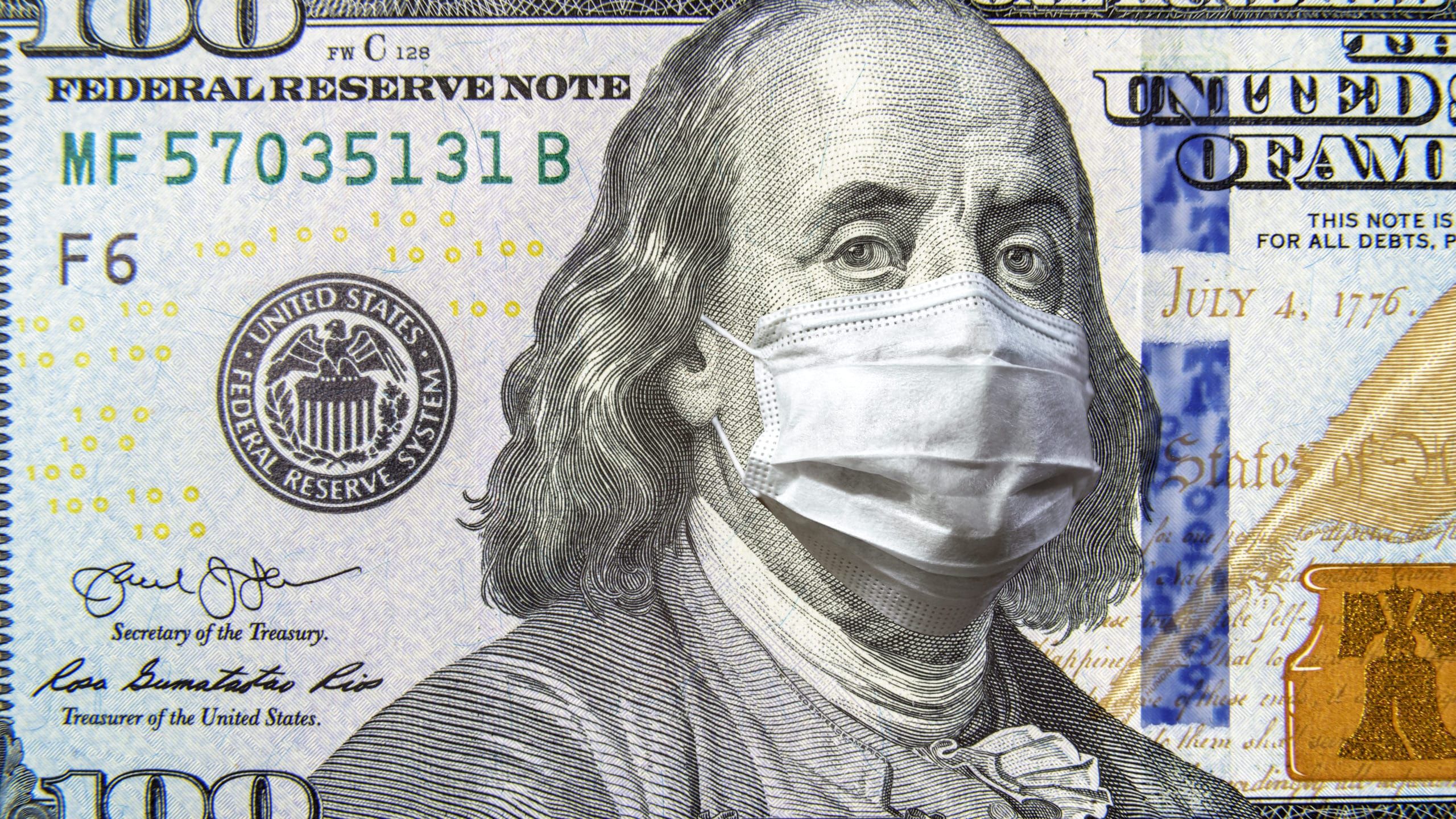 The current macro situation is characterized by much uncertainty about the future development. Too many of the events have no historic examples.

The past hasn’t seen a global shutdown. We simply have no experience with how the reopening will work, which challenges it’ll bring, and how all this will impact the economy in the medium and long term.  The same is true for the counter measures of the central banks. There are no historic examples here either and, due to lacking experience, no simple answers.

Howard Marks summed up the dilemma observers are faced with on CNBC this week. According to Marks, the Federal Reserve can naturally make all Americans millionaires. It’s feasible on paper. Which direct consequences would this have? He doesn’t know. He knows that a price increase of over 10% would definitely be enough to make him a bit more cautious again about the future development. He’s a pessimist and with good reason.

So is Berkshire’s leadership team. Wall Street journalist Jason Zweig reported about his phone conversation with Charlie Munger, business partner of Warren Buffet, on the weekend. Munger explained that caution is more important than action. He didn’t mention currently buying stocks. This is very different from the financial crisis of 2008/2009, when money was spent hand over fist to buy stocks at a low price. The “long only” prophets are currently cheering for stocks, but the argument “invest like Buffet” has been dropped for the time being.

Munger said, “This thing is different. Everybody talks as if they know what’s going to happen, and nobody knows what’s going to happen. . . . I don’t think we’ll have a long-lasting Great Depression. I think government will be so active that we won’t have one like that. But we may have a different kind of a mess. All this money-printing may start bothering us.”

The impossible is happening—negative oil prices

People have by far not experienced the full extent of the current crisis yet. Who would have thought that the price of oil could fall to almost minus $40—far below zero? And we don’t expect that the price of oil has reached its low. Negative prices have been taken off the market for the first time as the next interest payments for futures contracts are coming up in May. Longer term futures currently have even higher prices. The price of the June future has already fallen. This trend may continue into the longer terms. The excitement about cheap gas will soon give place to fear when it becomes clear why the price has fallen so much. Compliments of the shutdown.

These types of events aren’t a good sign, and in big crises things happen that the public previously thought impossible. The bad news will continue and will significantly impact the sentiment of the market participants.

The situation is different than it was in 2008 or after the turn of the millenium.

Unlike previous crises the current event isn’t the result of an economic process. No enthusiastic bull market ending in ostracism as has frequently been the case in the past but rather a worldwide stillstand due to an extreme event.

To conclude from this situation that the economy will simply resume where it left off after we partially or fully overcome the virus problem seems overly optimistic. The problems of the shutdown for the global work sharing are diverse.

A small example: The current travel restrictions prevent the exchange of ship crews worldwide. Every month, approximately 100,000 of the 1.2 million crew members leave their ships. This lack of exchange causes concern about a massive impact on the crews’ health, which may result in severe accidents. It goes without saying that there would be additional implications for global trade. Did you know this problem before? I’m quite knowledgeable about seafaring but have never considered this problem. We can expect similar negative surprises in many other areas of life.

The optimistic assumption that we will pick up after the crisis where we left off is an illusion. Even during the shutdown the world has kept turning. People, businesses, and countries have adapted their operations, which others, in turn, have to respond to. Analysts anticipate that it will take airlines until 2023 to regain the business volume of the year 2019. Not all industries are as severely affected yet as the aviation and travel sectors. But don’t get too excited if you work in another sector—the domino effects are yet to come.

Let’s just take the question how the Mediterranean countries will get by when in addition to the missing business of Q2 summer business will be drastically reduced as well. A double whammy the EU will have to handle. We’ll have to see whether the EU will recover from it or whether it will go down. In any case we can expect that the exchange and bond markets will address this topic in due time. We don’t anticipate that this will make the massive stimulus payments any easier. The stress at the markets will rise again soon.

Even more important than the funding of the stimulus payments is a different aspect: the trust in the different political and financial systems in and with which we live. The test whether or not this trust will remain is yet to come. The questions that require an answer are diverse. Politics won’t be able to avoid one question: how will all this be paid for and by whom? If politics zigzags aimlessly, people will vote with their feet and move their capital, ideas, energy, and labor to those locations that offer the most plausible answers.

Another foretaste of what’s to come is the current debate about the limitation of constitutional rights. The press has already been labeling the behavior of the executive branches of different countries as Epidemic Enabling Act or Health Socialism. The shock paralysis of the judiciary branch can simply not continue. Judges can’t permanently duck in light of the de facto suspended separation of powers. Considerable potential for conflict comes to light that will fully emerge when we’re presented with the bill for the corona bailout. Those who believe that these issues are about the virus are way off. It’s about the issue of how we want to live and will live in the future and if what’s to come will represent what we really want. The virus is only the short that caused the fire. Many governments give the impression that they’re drunk with their newly gained power and are very pleased with themselves when they dictate even the smallest details. When people are prescribed small things that feel like ordinances for tying your shoes then it becomes clear that politics has lost sight of something important: trade is older than state, and without the initiative of the individual and the space necessary for this initiative, economy and wealth but also culture and diversity can’t thrive.

Another aspect that can’t be underestimated is the problem that a pandemic is insidious. It may cause negative developments, and it takes longer for life to be somewhat normal again. Especially in a situation like this we can expect markets to react very negatively. The obstacles for financial survival will increase for all: for countries, for businesses, and for individuals.

A second wave of this problem, which would then impact the financial sector much more severely, isn’t off the table. The intense increase in provisions for anticipated losses of large U.S. banks in the past week has put this topic into the spotlight. Strong U.S. banks will have less of a problem. The European financial sector hasn’t really overcome the afterpains of the 2008/2009 crisis until today and, as a result, is positioned much more weakly.

We have yet to see which political tensions will arise from western governments starting to doubt the tale of China’s great crisis management. The halt of the WHO funding was only the beginning. Trump urgently needs culprits before the election, and we know who the usual suspects are.

Mellinckrodt » Updates » Outlook with a mask