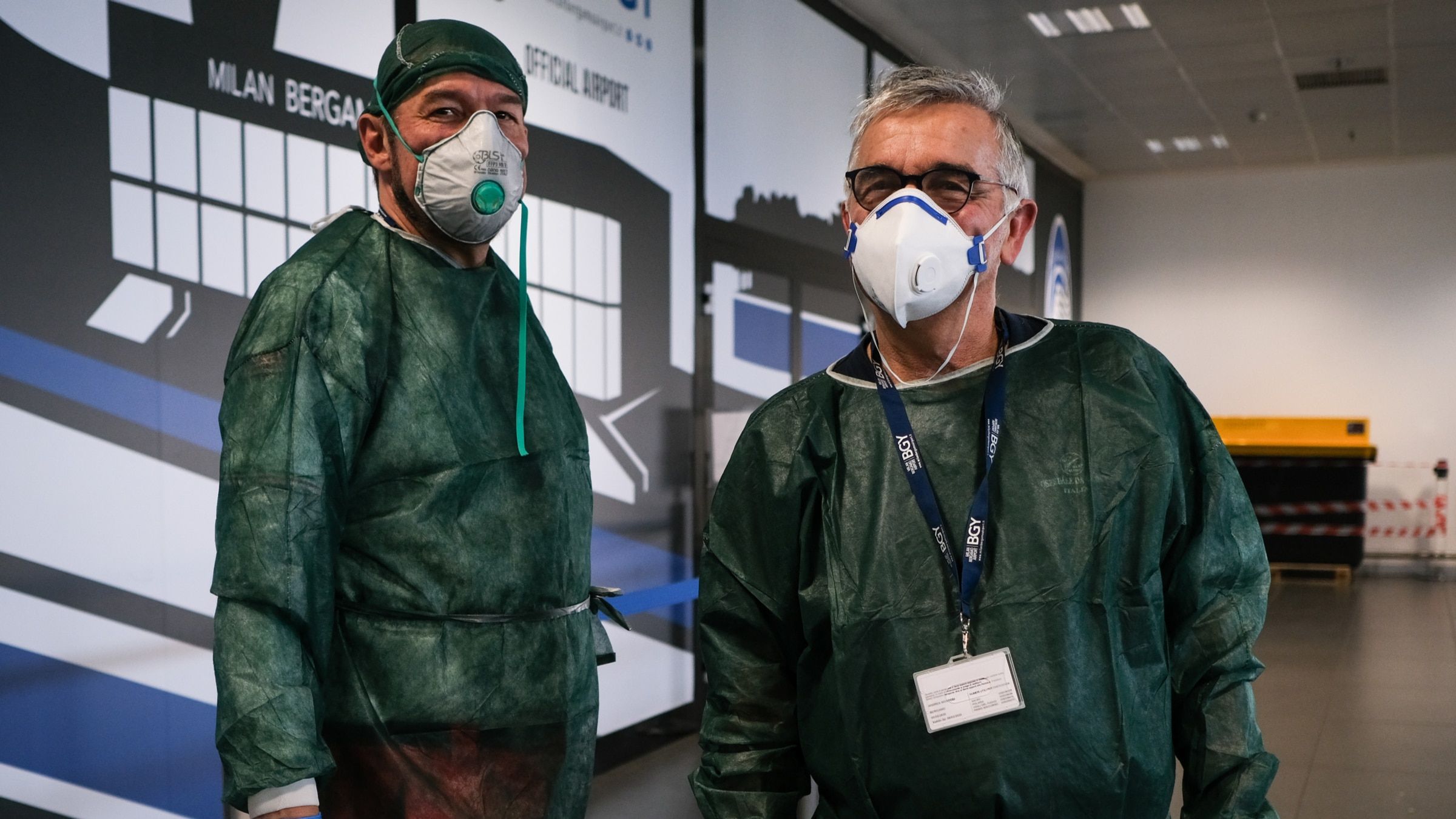 I’m not talking about panic.
Relax.
This has never been as important as it is TODAY.
Remaining calm is the first civil duty. Continue—but with open eyes!
Panic buying is nonsense in my opinion. If something will remain open, it’s the grocery stores and pharmacies.

Bergamo is an indicator.
If you’ve read the text by Dr. Macchini you know that this is neither about a regular flu nor about money.
Today it’s about the question how you can contribute to the survival chance of those who are the most vulnerable: people suffering from lung diseases, smokers, and in general the elderly and weak.

Here is my WhatsApp note about what I just discussed with my parents.

The problem is simply that the virus directly attacks the lungs, and a relatively high share of those infected require hospitalization (ventilation and similar treatments). The shortage of ICU beds is the problem. As a result, all surgeries that can be postponed have been postponed.

2.
What is happening on the markets?

The markets are pricing in that politics is responding in the same way as Trump, Merkel and Lagarde: “On the verge of the inability to accurately label the problem and act accordingly.”

Today isn’t my first time saying and writing that EU and German institutions will become a problem, but now it’s for everyone to see—and we’ll all end up paying the price for it.

The topic corona really isn’t new. But others simply respond calmer and better—Taiwan, for example. China considers the small island a renegade province. As a result, most of the world, which would rather do business with China, has been avoiding Taiwan, and the WHO has been treating it disgracefully in regard to corona. I shared the pertinent information a month ago in my WhatsApp messages and on LinkedIn.

“It is widely known that official statistics coming out of Communist China can be trusted about as much as a student admitting how many units of alcohol they drink a week.” (David Spencer, Taiwan News, 2/7/2020)

But many reputable media and the administrations of numerous countries take this at face value and focus on reporting what all China has done well. Meanwhile, they forget that it’s just starting in Europe.

What have the Taiwanese done? They took a look at Wuhan, counted the crematories, and projected how many deaths there may really be (surf the site of Taiwannews, and you’ll find some not so funny information).
But—they also locked down their country before we even realized what was really going on in China.

The inglorious role of the head of the WHO in this situation is another great example of the sobering processes within the UN and of the inability of the governments to take this into account when assessing the situation.

It may very well be that the markets fall back into step as quickly as they did in the last critical market situations. We’ve always been negative so far and even in retrospect stayed too negative for too long.

But “buy the dip” may not work out. Trump seems worn out, Lagarde seems overwhelmed. Draghi is gone, Powell is probably better than his reputation, but Trump was successful in torpedoing his reputation. All this backfires when trust is of the essence.  And this is the case right now.

Should the Fed once again start doing something that it’s really not supposed to (which is the routine in every big crisis) and, for example, buy stocks as the Chinese, Japanese, and the Swiss central bank have done for a long time, then the stock markets may very well rise significantly again.

Should the stock exchange in addition focus on buying the most shorted stocks (such as cruise lines and airlines on the verge of bankruptcy) then it will certainly not continue to decline for the time being and we may have seen yesterday what will be the best entry prices for a long time. May.

But all this only counts for something when the governments succeed in keeping the countries going. Self-quarantine for the elderly is one thing. Resolving the problems of the small and midsize businesses and of the many self-employed is another. Without swift and assertive action a disaster with sweeping consequences is looming that will be difficult to repair. The back and forth with regard to the topic “school closures” yesterday in Berlin offered an insight into the German administration’s capacity to act. A disgrace.

The upcoming reporting season will discuss corona; the ad-hoc announcements of market-listed companies have already been published by the hundreds. But the more far reaching implications aren’t clear yet. And as of today, I don’t quite believe that they will all be good. Hence, there are probably short-term opportunities on the stock market, but medium-term it’ll be a bumpy road with new lows.

Featured image: Bergamo, Italy, February 22, 2020. A medical service at the airport Bergamo-Milano is examining airline passengers arriving in Italy to minimize the risk of a spread of the coronavirus epidemic. Photo: Grabowski Foto/Shutterstock