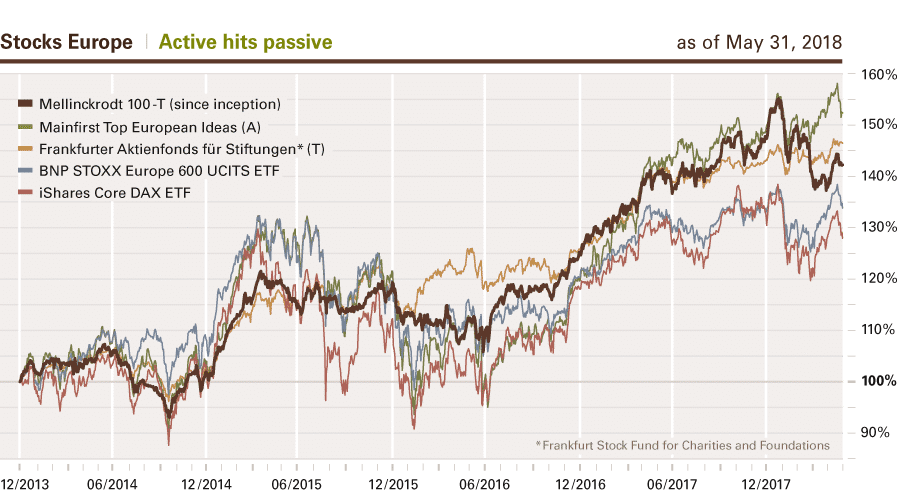 I. What is important for fund investors

Normalcy has found its way back into the stock exchanges. In periods of decreasing risk appetite at the stock exchanges, investors look for the protection that Switzerland offers. The deviant development in March and April apparently was an unusual and temporary situation.

The negative impact of the unusually weak Swiss response on the development of the Mellinckrodt fund price shows clearly in the course of the price. The lagging fund price has not yet fully caught up to the other, less Switzerland-based funds. However, in the first days of June, the positive development has already continued. 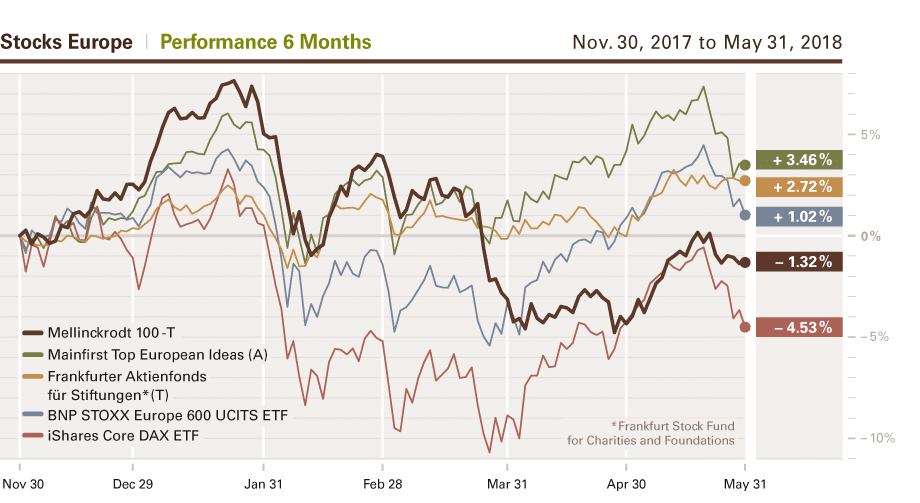 The most important portfolio adjustment in May at the beginning of the month was the further expansion of our positions in the topic areas of vacuum, semiconductors, and robotics. The focus of this topic area remains the American value tech stocks. 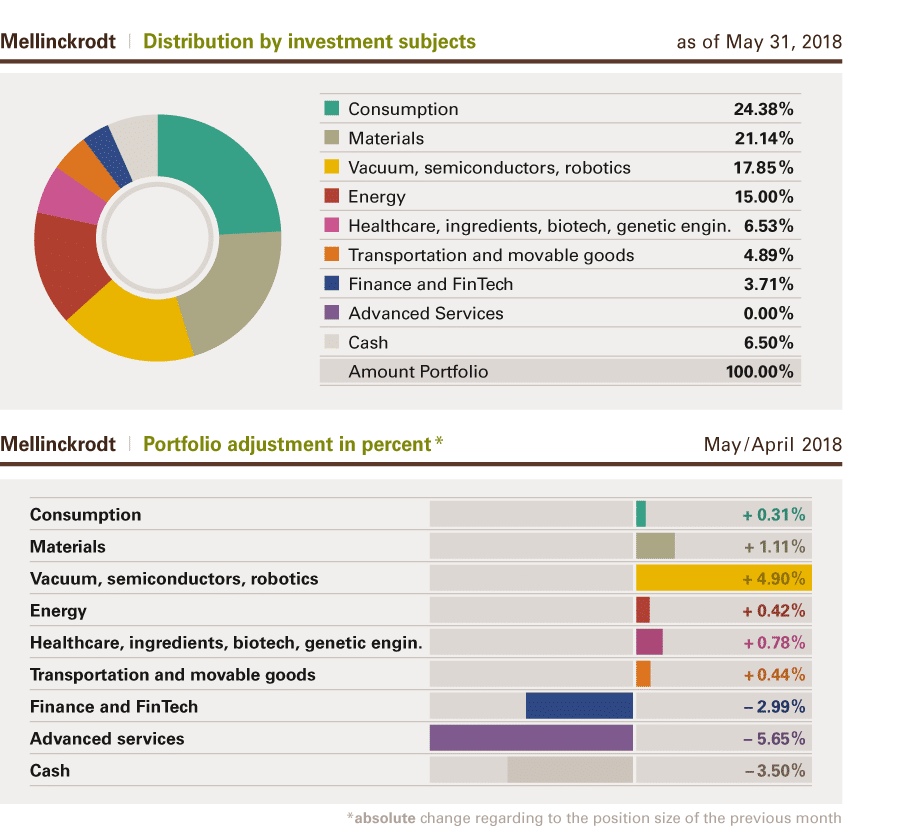 Lam Research, which we discussed more extensively in our last fund information, fully met our expectations in May. The oil stocks showed a weak tendency in the past weeks—concurrently with the from our perspective temporary consolidation of petroleum prices.

You will see in the depicted portfolio structure that the investment quota has increased from slightly over 70% to almost 80% compared to the previous month. In the past days we have raised the cash quota toward 10%. 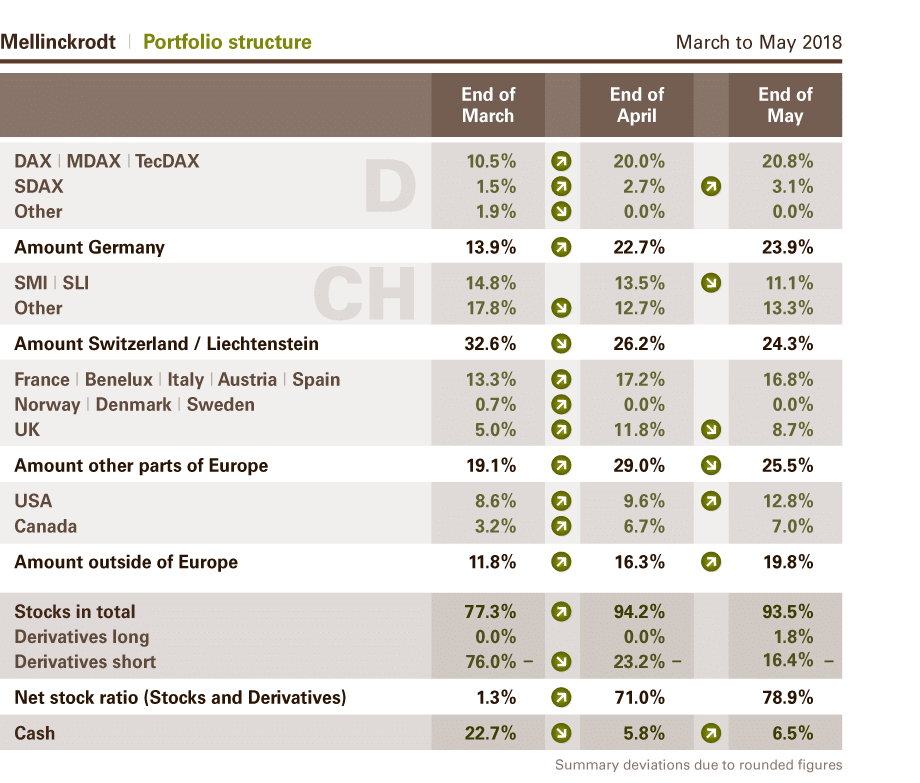 The euro crisis isn’t over yet but has merely been postponed. The decision-makers are either new in office (Italy/Spain) or prefer to just “wing it” (Berlin/Brussels). A euro crisis can, of course, come on the agenda again at any time, for example if the topic Iran sanctions escalates and this, as a result, negatively impacts the economic cycle in Europe. But at the moment the trend is determined less by topics and more by market technique. Although the latter continues to be GREEN, it doesn’t mean that the DAX will always remain over 12,000 points over the entire summer. Set-backs are possible at any time.