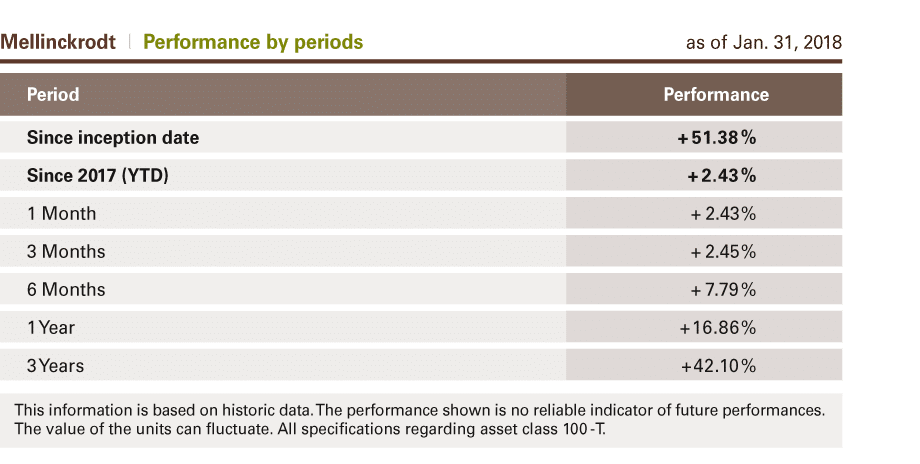 From early December 2017 to late January 2018 the global stock markets experienced an intense price increase, in which Mellinckrodt was able to partake, not least because the fund was fully invested until late January.

Please note that on the day this report is published the portfolio structure is completely different. We started to starkly reduce the stock quota on February 1. We are currently guided by those quotas as benchmark that have helped us to successfully circumnavigate Brexit, the Trump election, and the first election in France: currently net (i.e., after deduction of the hedging through futures) approximately two-thirds stocks, the rest cash. As we expect that the lows of the volatility crypto crash will be tested one more time, we’ll maintain this ratio for the time being.

In early February, the fund price has declined in line with the market. However, the decline percentage is smaller than that of the DAX since its high on January 23, 2018. Our risk management always works with a delay—as it did in previous situations—similar to a break parachute. For the capital preservation it is important from our perspective that we protect Mellinckrodt from suffering substantial losses when a correction turns into a bear market. We have already put all necessary precautions into effect. Should the current turbulences only represent a correction, then we will once again raise the stock quota as soon as the fog has lifted. 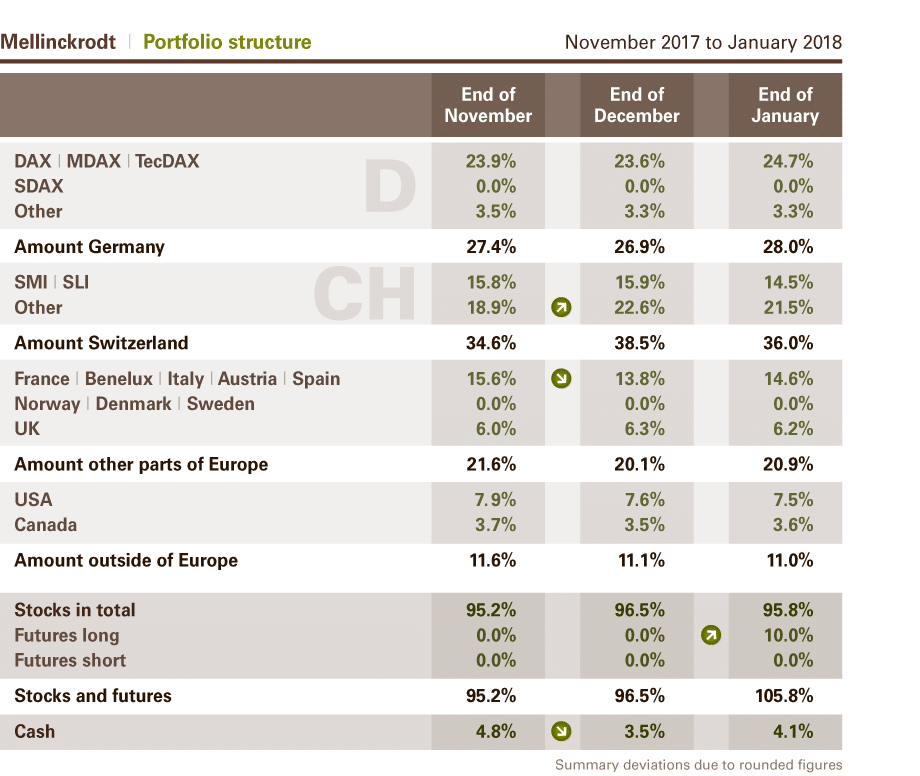 In the biggest positions there have been changes in the technology stocks. We have dropped both Inficon and Lam Research from the top 10 due to a combination of a bad price development and the reduction of stocks that we concurrently implemented. Glencore has worked its way back up to the top of the list after a price recovery. The same is true for the technology stock Comet that has climbed back up into the top 10 due to a good price development.

New in the top 10 is Commerzbank. The financial sector is becoming more of a focus due to the development in interest, and we deem Steve Feinberg from Cerberus, the new major shareholder, capable of a lot. He has already taken Bawag Bank in Austria public, acquired Südwestbank from the Strüngmann brothers (formerly Ratiopharm), participated in Deutsche Bank and is about to buy HSH, a regional state bank. Especially bankers wonder why he does all that. We notice time and again that the best among the activists stand out through an expertise in the selection of industries and topics. Action is simply much easier when the industry experiences a vital momentum due to imaginative valuation and technological trends. Both is currently the case in the European banking sector. 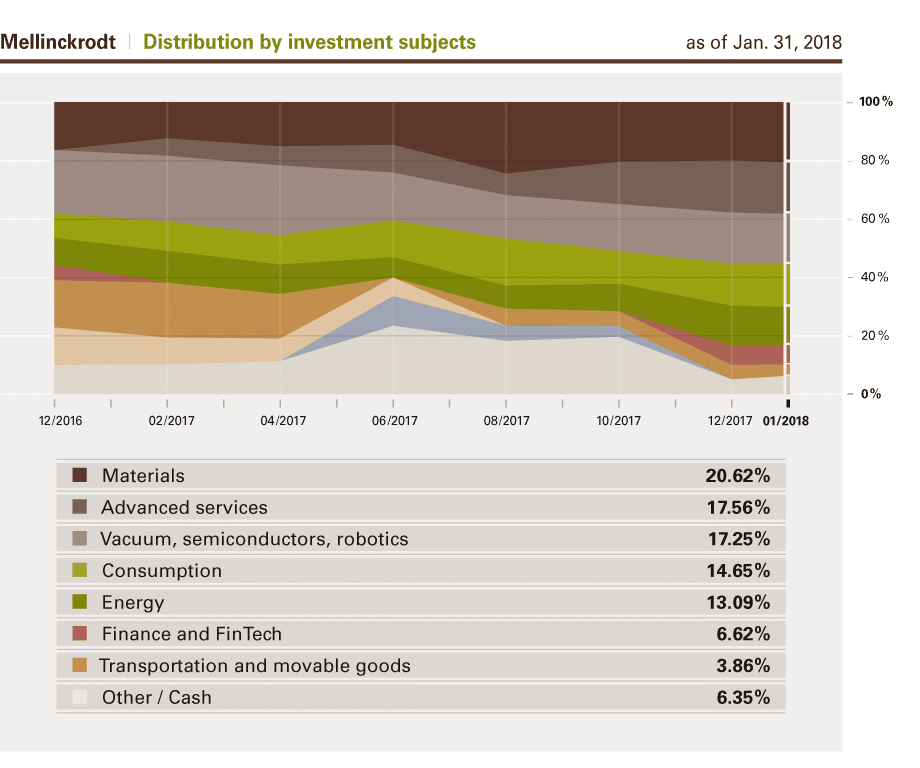 You will find more information on our Factsheets, available under “downloads.”